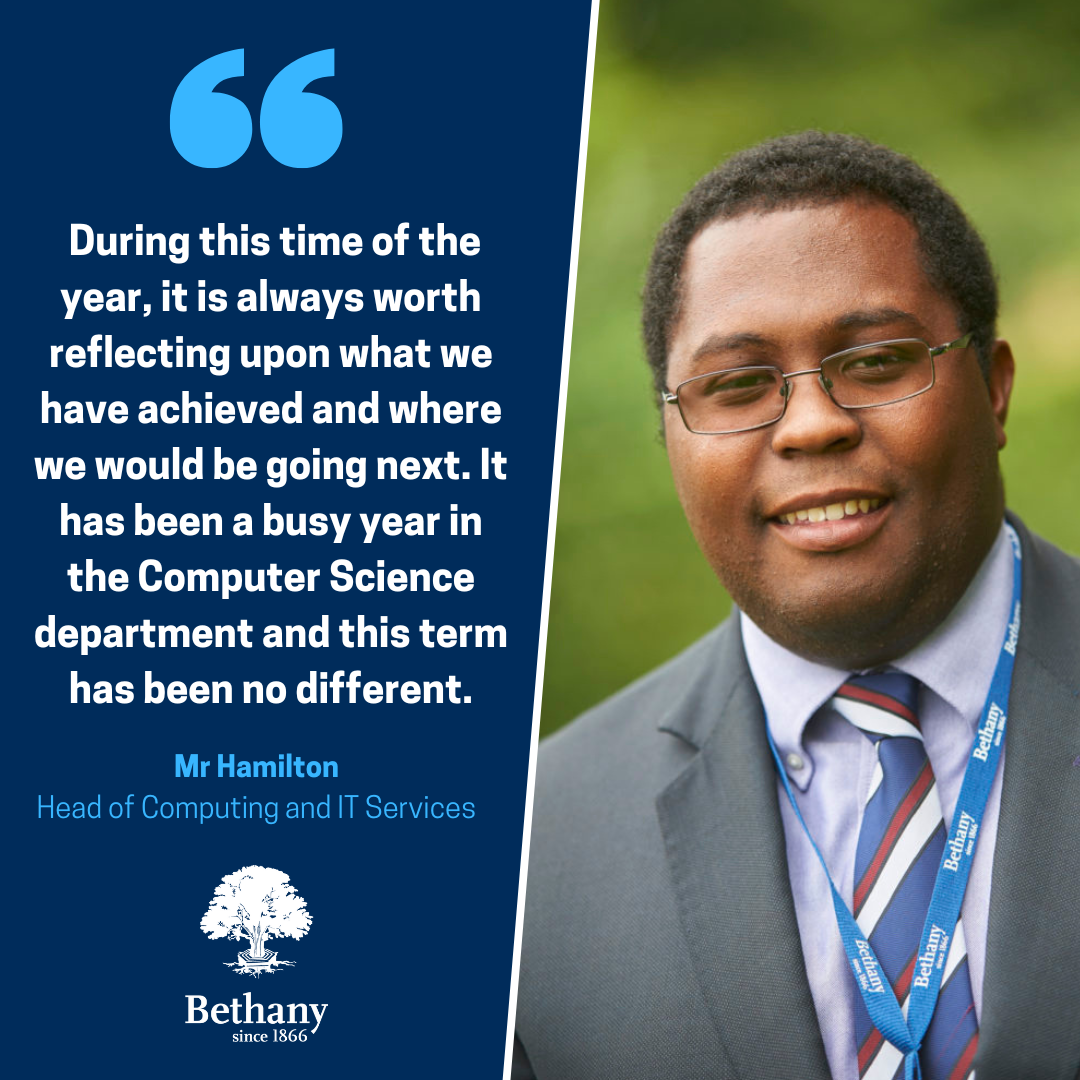 Reflecting on a busy term within the Computer Science department

Posted In computer science, IT

Mr Hamilton, Head of Computing and IT Services at Bethany School, gives an update from his department whereby KS3 pupils have been undertaking their summer digital media projects and have had a lot of fun producing their digital artefacts. 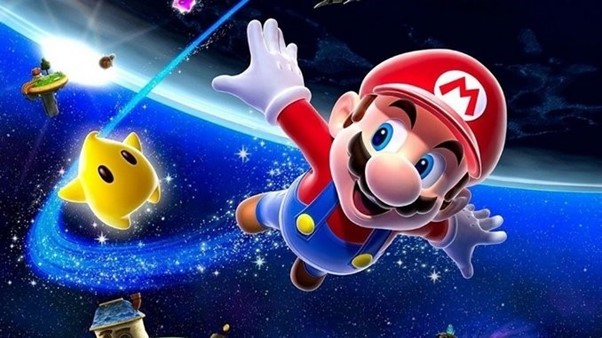 During this time of the year, it is always worth reflecting upon what we have achieved and where we would be going next. It has been a busy year in the Computer Science department and this term has been no different!

KS3 pupils have been undertaking their summer digital media projects and have had a lot of fun producing their digital artefacts. Year 7 pupils have been creating a music video based upon the very catchy, 3 is the Magic Number by Schoolhouse Rock. Year 8 pupils have become marketers, creating a digital photo advertisement to sell Bethany School to Year 5 and 6 pupils to join in Year 7. Year 9 have been learning about web design and creating their own mini-website from scratch using HTML and CSS. Pupils have enjoyed going outdoors to create their digital content and will be presenting their edited artefacts towards the end of term.

Year 10 pupils have started their 80:20 projects that will roll into Year 11. Have a look at what the Year 11 were able to produce in a previous blog. Pupils have started to form their groups and coming up with ideas that could be solved with a program. It will be fascinating to see what they are able to achieve!

Pupils in Year 13 have been submitting their coursework for the Cambridge Technicals in IT and it has been great to see what they have been able to achieve over the last year. The pupils have had to find a real client that works in the digital games industry and work with them to develop a game. They have had to gather requirements, design mechanisms and user interfaces, generate a prototype that could be scrutinised by the client and other end users before going on to create the full game and fully test it. To finish, they have to provide a full maintenance, enhancements and improvements report from a negotiation with the client.

Undertaking this project and course hasn’t only awarded them a qualification. Along the way they had to hone their communication skills, such as writing formal emails, developing their presentational skills as well as learning more about programming. The work they have created for the course could go on to be used as portfolio evidence at university and in the world of work. Young people should have more opportunities to experience the world of work.

Alex B created a turn taking game based upon the Mario games. 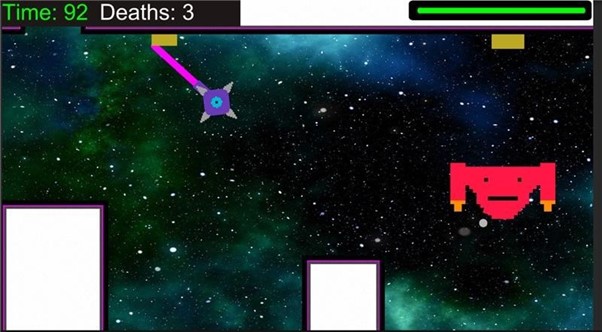 As the department looks to next year, it is looking to be another busy year. The upcoming trip to Tokyo is looking ever more exciting as more venues open up as Japan comes out of the pandemic. There will be more trips for pupils, the Beaver Computing Challenge in November and workshops for the older pupils.

Mr Hamilton
Head of Computer Science and IT Services

Preparations are underway for a trip in 2022