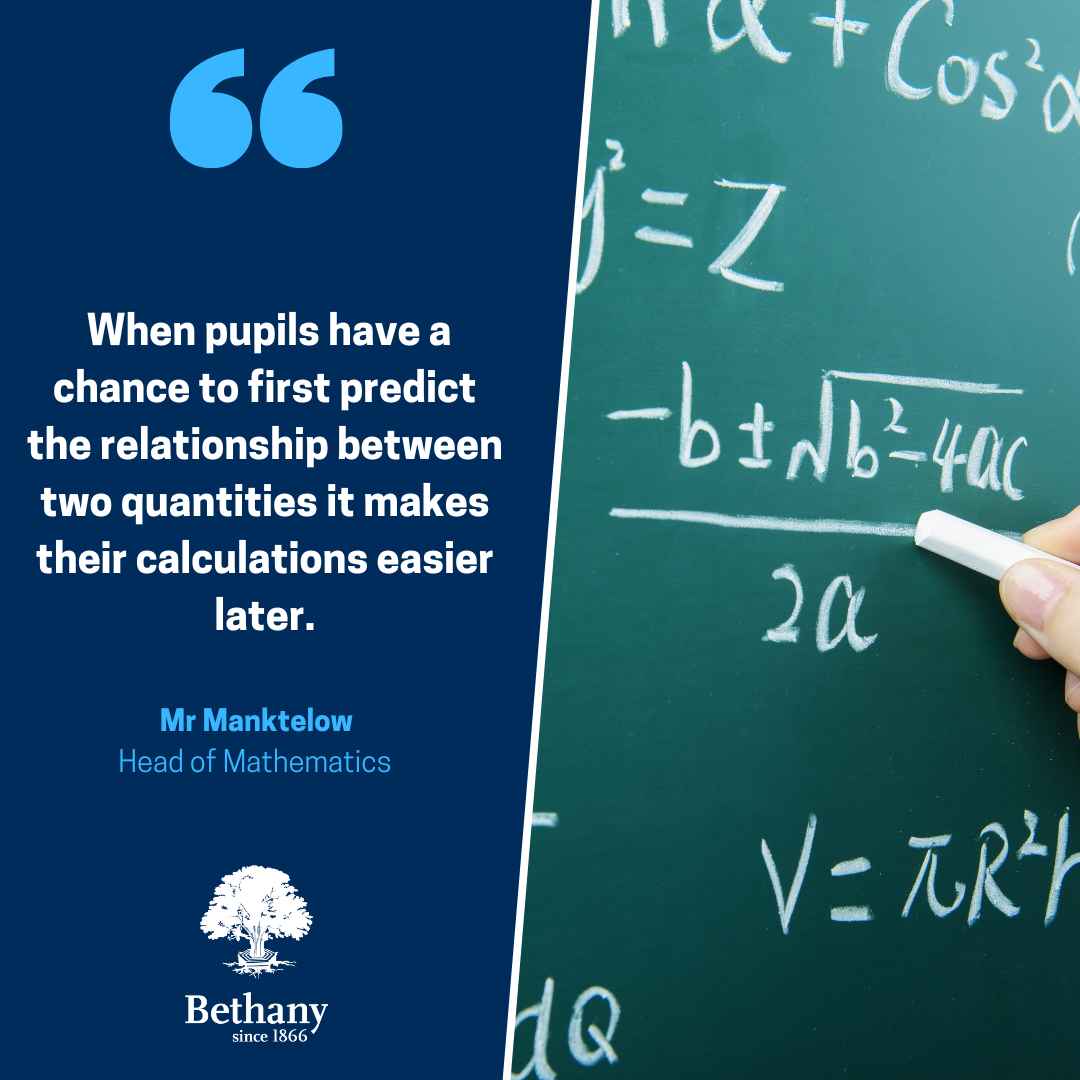 Mr Manktelow, Head of Mathematics, at Bethany School, gives an update from his department whereby he explains that Estimation plays an important role in wider life, even when you are not thinking particularly mathematically. It isn’t just a specific exam skill to learn.

All of us can estimate, it is just that some of us are better at it than others. In the recent ‘Guess the sweets in the jar’ competition organised by the Sixth Form to raise money for Red Cross, Safi Chettiar’s estimation was only 2 sweets away from the correct answer of 95.

However, in Mathematics GCSE, estimating is a particular skill that is examined and one that pupils often find a challenge.

Often pupils can calculate a more exact answer than the one in the mark scheme, which uses rounding to 1 significant figure.

So if a pupil can calculate a more accurate answer, we should be excited rather than asking them to not use all of their understanding. In English, pupils aren’t asked to spell words incorrectly before spelling them correctly, or in History, pupils would not be asked to recall historical facts incorrectly before correcting them.

Estimation and calculation should support one another, knowing roughly the balance of yeast and sugar in bread supports you when measuring ingredients, knowing the general direction of a town supports you when you drive with the sat-nav turned on, and knowing your weekend plans supports booking in your precise itinerary of parties with other Maths teachers.

When pupils have a chance to first predict the relationship between two quantities it makes their calculations easier later. So, Year 9 Additional Maths have been working on some tasks designed by Dan Meyer where estimation is the only way to start solving a problem as they don’t have enough information to solve it otherwise.

Pupils were asked to generate questions based on the image below. Questions included, “How big is it?” “How heavy is it?” “How many coins are there?” and “What would it be worth?”

Estimation feels natural here because there isn’t enough information for calculation. Indeed, estimation was the only tool that the pupils could use at this point. Then information was slowly fed to them in a structured way that allowed them to calculate an answer and see how accurate their estimation was.

The base layer was made up of 1600 stacks of coins.

Each stack has 13 coins in it.

Work out the weight and value of this layer

Work out the number of coins in the next 3 layers of the pyramid.

What is the total value of the pyramid?

How tall is the pyramid?

How much does the pyramid weigh?

Having an estimate from the start allowed pupils to evaluate how accurate their work was, and this chance certainly raised a few eyebrows.

Estimation plays an important role in wider life, even when you are not thinking particularly mathematically. It isn’t just a specific exam skill to learn.

Supporting all pupils to be successful in English