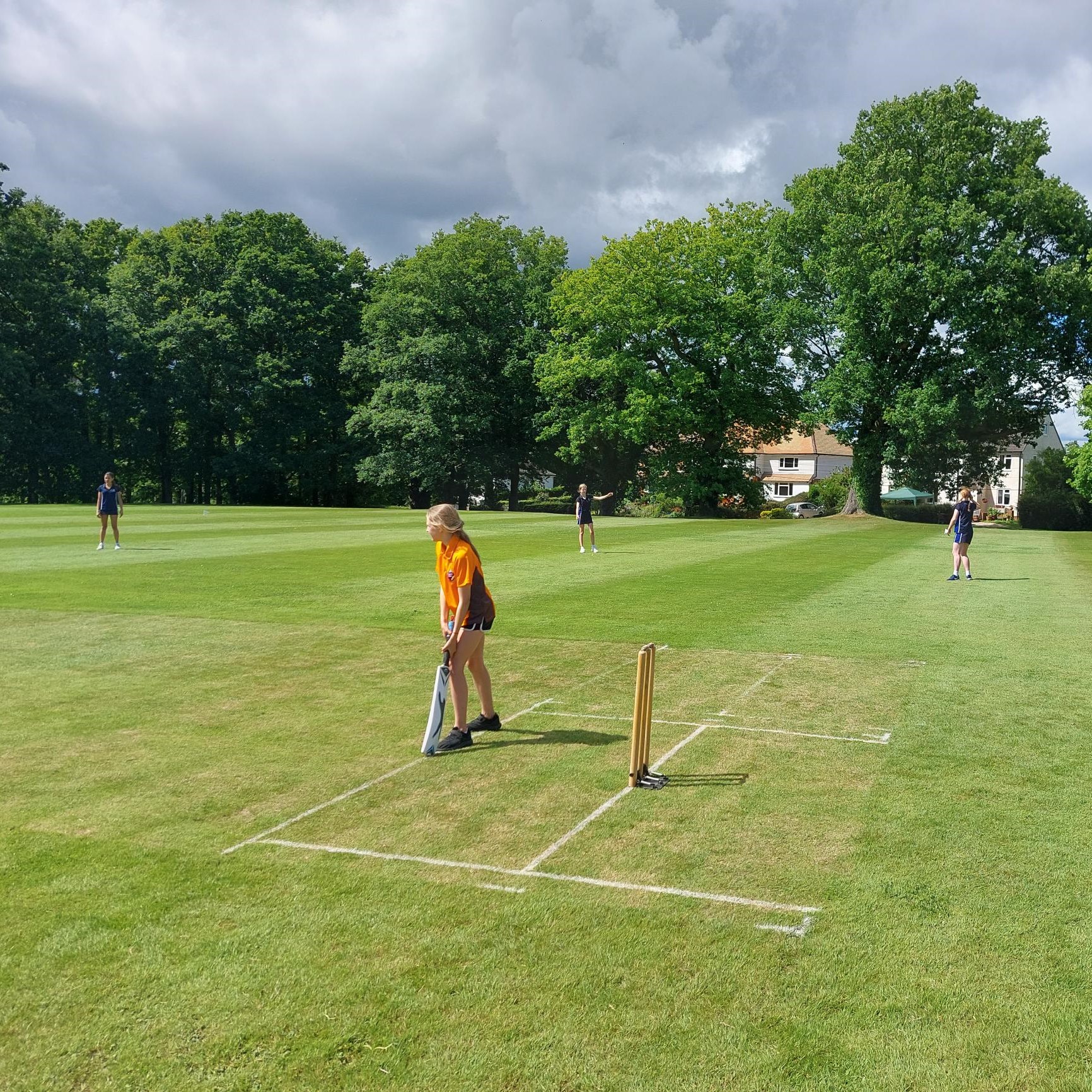 The latest Bethany School sports news as summer term fixtures continued this week, including a host of cricket matches where team work pulled it all together.

Despite early afternoon rain, the weather cleared enough for the U15A boys to take on Tonbridge in a 16 over match (reduced due to the rain). Tonbridge batted first and although there were a few early tight overs from Captain Sam Denny, the Tonbridge batters built their innings well. Although not raining, outfield conditions were tricky which led to a few fielding errors and some bowlers struggled with the damp ball.

When batting, the U15A got off to a quick start with big blows from Luca Chettiar and Josh Hughes (top scoring with 25). However, as wickets fell and with some good bowling from Tonbridge, the U15A’s sadly struggled to get near the Tonbridge score.

Thank you to Tonbridge for a warm welcome and good after match hospitality.

Grey clouds gathered overhead, but the U13 Bethany girls team were undaunted on the Firs. Striding out to meet the might of Gads Hill were the amazing, astounding, unbeaten (so far this season) team of: Safiya Chettiar (captain), Ellie Turner, Olivia James, Maisie Frankum, Indi Busk-Cowley, Rose Pettit, Keiki Chapman, Summer Stewart-Welch and Juliette Tapner. Gads Hill won the toss and opted to bowl first. Their rather erratic bowling style took our girls by surprise and five wickets fell in the Bethany innings but some spectacular batting and, frankly, audacious running by our girls meant that a very creditable number of runs were scored. However, Safi and the girls were unimpressed by their innings and winnings so far and were determined to protect their unbeaten run this season. What followed was a credit to their coaches, Miss King and Mr Ramsey, and our school. Teamwork at its best, with superb fielding and fabulous bowling. Safi and Maisie took three wickets each during their overs while more wickets fell to Summer and Liv. The accurate passing, stopping, throwing and catching prevented Gads Hill from making any ground. A special applause to Ellie for her superb one-handed catch, but the day must go to the team as a whole, who worked together and won by 27 runs. A very merit worthy performance! 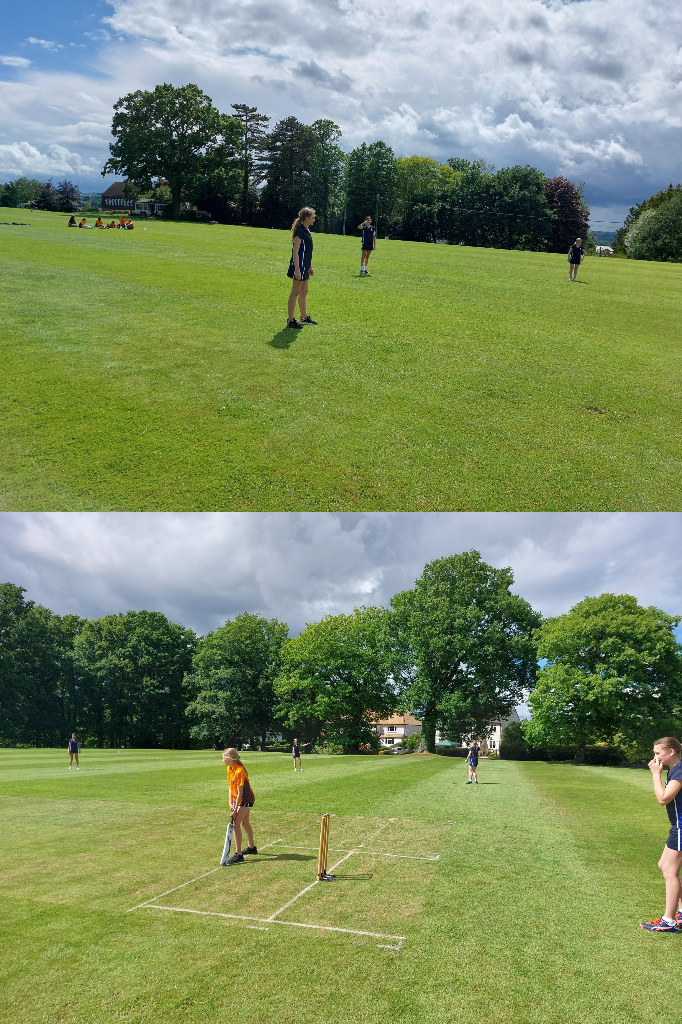 The U12’s Girls cricket team took on Gad’s on a day that thankfully had more sunshine than rain. The U12 Girls won the toss and decided to field first and in the 2nd over saw Mia Castle take a catch off her own bowling.

Despite a few extras here and there, which allowed Gad’s to score more than they should have, the U12 Girls’ bowling was much improved with Megan Marsh bowling an outstanding over, giving away just one run along with a team wicket and being a lot less frantic when fielding the ball which helped in creating 2 successful run outs (Grace Holmes and Leah Carnegie).

When batting the U12 Girls were able to surpass Gad’s with ease and when possible hit the ball well and took runs on offer when they could. Cecily Chettiar, Megan Marsh, Leah Carnegie and Ruby Peters were the stand out batting pairs for the U12 Girls. The calling and running between the wickets was much improved from all pairs too.

There is definite progression with every match the team plays and that was evident in today’s game.

Finally, thank you to Gad’s for an enjoyable match.

Coaches Player: Tough choice as they all played well but... Megan Marsh – For her bowling which actually resulted in a negative score for that over and for her positive batting including hitting the only 4 of the match.