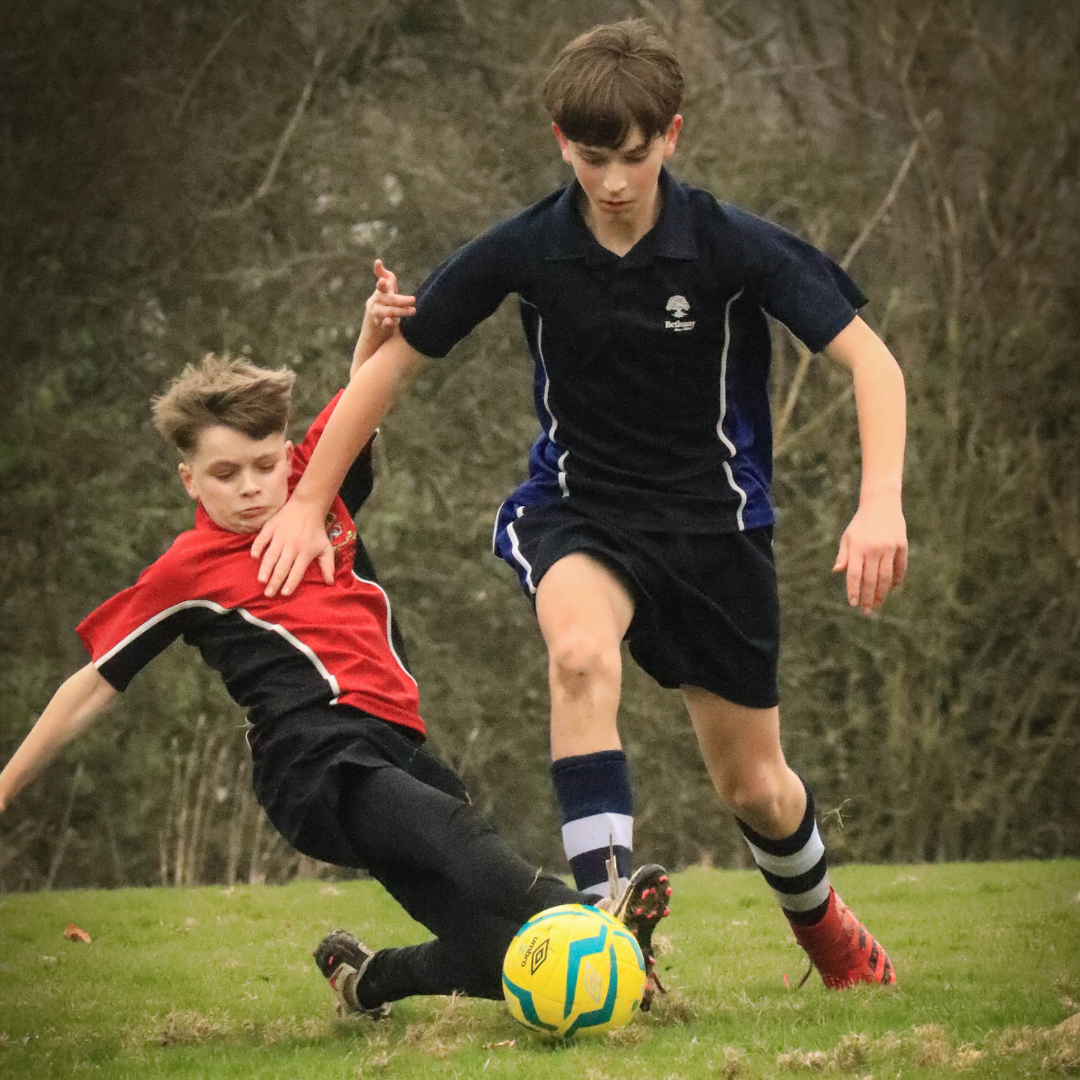 A busy week for the Bethany School sports teams which saw the Junior Swimming squad return to the pool for their first competitive gala in over two years.

We start this week with one report from last week...

A mixed Under 15s Boys team went up against a matched Beechwood side on Tuesday 8th March. The game started well for Bethany with George Vincent scoring twice within the first 10 minutes.

Beechwood battled well and replied with 2 quick goals, both goals coming after a miscommunication from Bethany defenders and goalkeeper. Beechwood then scored again before the break making it 2-3. Bethany made a few changes at halftime, and after 5 minutes were back on terms to make it 3-3. Beechwood then rallied again and scored to make it 3-4. Fortunately, Nick Ewer was able to capitalise on a mistake by the goalie to make it 4-4. In the final minutes of the game Nick Ewer found himself in on goal and he buried it, to give the home side the win 5-4. 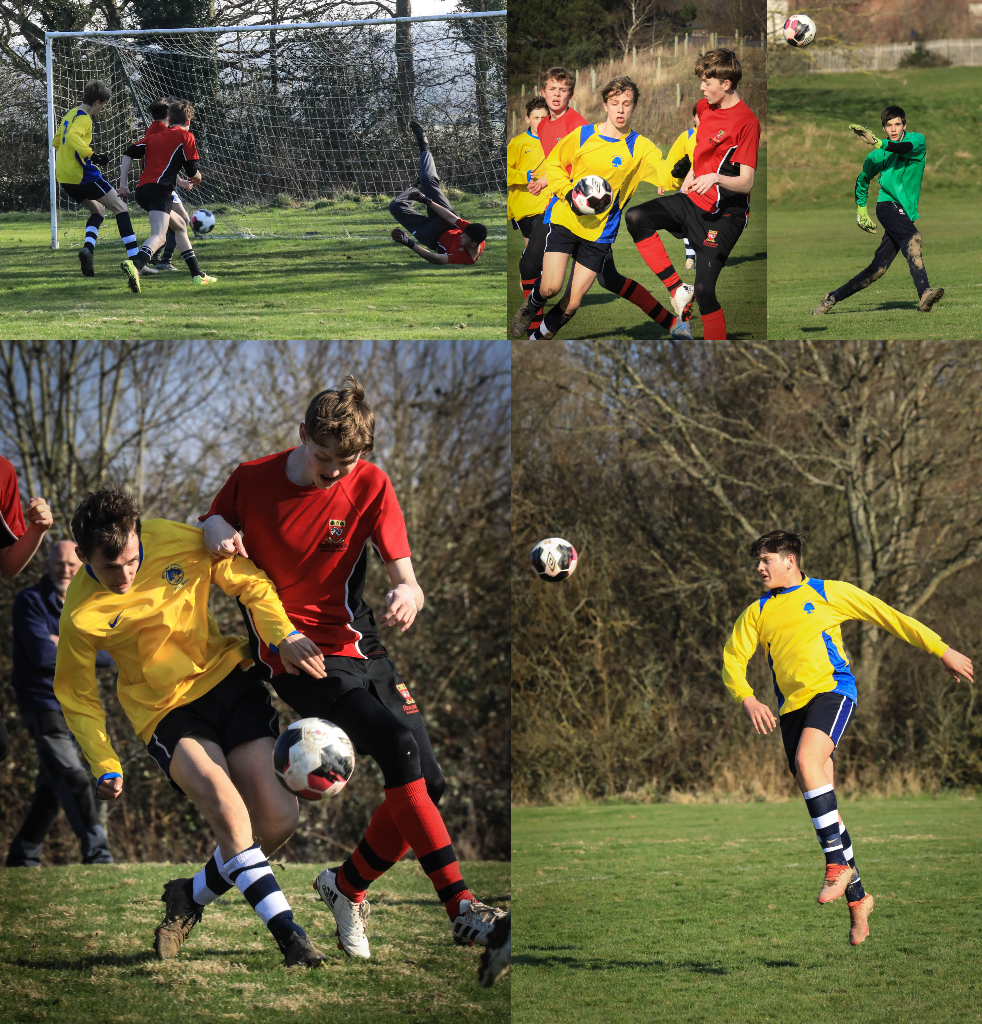 Bethany U12 Football v Farringtons (Away)

The Under 12`s were away at Farrington's this week. The home team started the strongest and capitalised with an early goal. Bethany were piling on the pressure, but were unable to find the net. Just before half time the home team scored again with a shot from distance. The second half started and Bethany were shooting down hill which gave them an advantage, and a fantastic shot by Jago Veale manged to find the net. Bethany kept pushing and had a few more shots which were kept out by some great goalkeeping. With a matter of minutes left, the pressure paid off with Luke Smith finishing at close range to pull Bethany level, with the game finishing in a 2-2 draw.

The Bethany Year 8 football team travelled to Farringtons on Monday afternoon. With a slightly depleted team due to injuries and Covid, Bethany struggled to compete with the speed of the Farringtons attack. Despite Bethany going two goals down early on they battled tremendously well to half time and kept the score at 2-0. After a couple of forced changes due to injury, Bethany knew they had an uphill battle In the second half. They took to the challenge brilliantly, creating lots of chances. Ben Krovina and Ollie Hughes in particular had stand out games, fighting until the very last whistle.

U15 A Netball v King’s Rochester

A very slow start for Bethany today, with only one goal scored in the first quarter. Some lacklustre performances by many and heads down for a lot of the first half. Olivia James from the U13’s also had to step in to help as we were down a shooter. Many thanks to her for playing GA with enthusiasm despite the team’s general demeanour and fatigue. Having said that, with a few major changes to both teams, and players having a taste of positions they don’t normally play, Bethany managed to win the final quarter 3-2 and started to enjoy the game.

Final score Bethany U 15A 9-28 Kings Rochester
Players player: Elsa Taylor
Coaches Player: Anna Kiddell for her efforts as GK, getting a number of key interceptions.

Under 15B Netball v King's Rochester

King's Rochester visited Bethany today for their penultimate fixture of the season. The game started off well, with some great passes through our centre court being made by Valeriia Maier, Emily Fraser and Holly McClure. This was also the case for the opposition and goals were being converted at both ends of the court. At half time one of of our key defenders, Jess Hambridge, had an injury which Kings capitalised on, scoring 7 goals to our 0. Bethany battled until the end and our team reacted well to lots of different combinations being attempted on court. The team were thankful that Alice Colman and Anna Bearfield attempted GK, only conceding 2 goals in the final quarter but sadly their efforts and hard work were not quite enough to swing the game in our favour. Well done girls, I look forward to our last match together this season against Dover College.

Bethany travelled to Wye for a challenging game of football on a very physically demanding pitch due to the slope. Bethany’s first half was kicking up the hill and consequently had to defend a strong Wye side who played some free-flowing football down the hill. Will Harley, who had a superb game at centre back, controlled the back line excellently, only conceding one unfortunate goal that took a horrid deflection to deceive George Vincent in goal. With the confidence of kicking down the hill in the second half, Bethany started to knock the ball around superbly well. All the pressure that was created resulted in a free kick on the edge of the box. Will Harley stepped up and slotted the ball into the keeper's bottom left hand corner. At 1-1 all of the boys desperately tried to score the winner with Sam Denny hitting the bar in the final minutes of the game. The game finished 1-1. 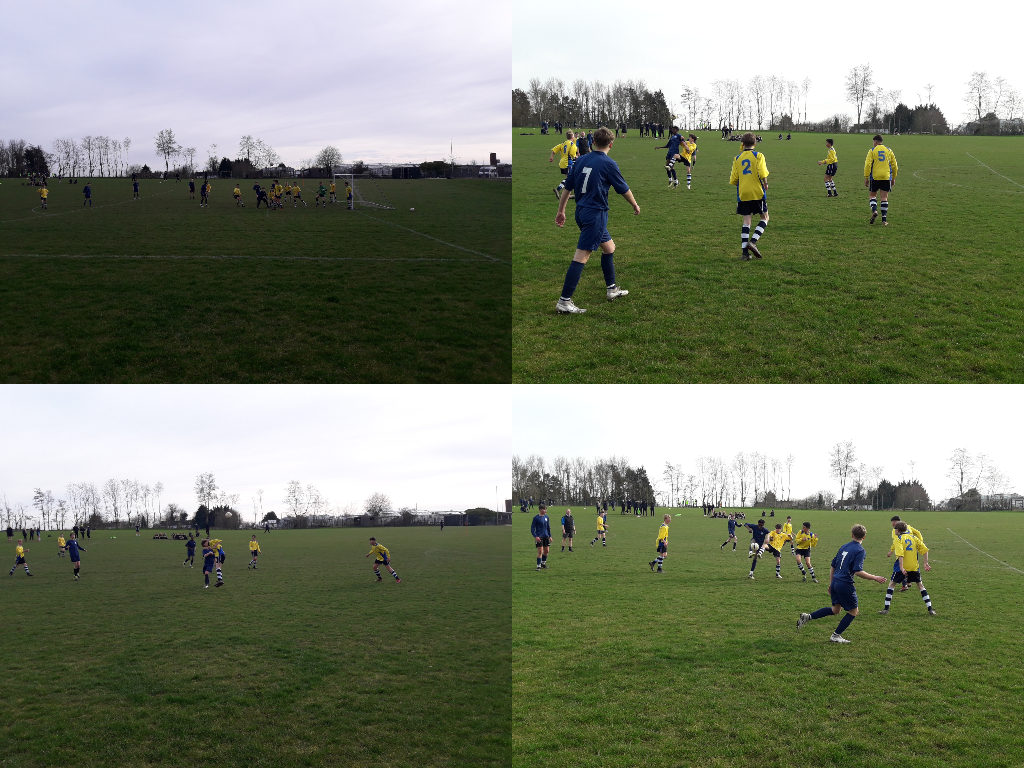 Gads Hill visited Bethany today for a round of training matches. Gads Hill requested that we competed as an under 12 and an under 13 team, which resulted in some of our players joining other squads for the day. Both squads responded well to this and showed their adaptability and their depth as Year 7s and Year 8s.  Both teams played to a very high standard, moving the ball well and converting their opportunities on goal. Interestingly both teams pulled away in the second half of their games, showing their court fitness and desire to win. Well done all, an enjoyable and successful afternoon of netball. 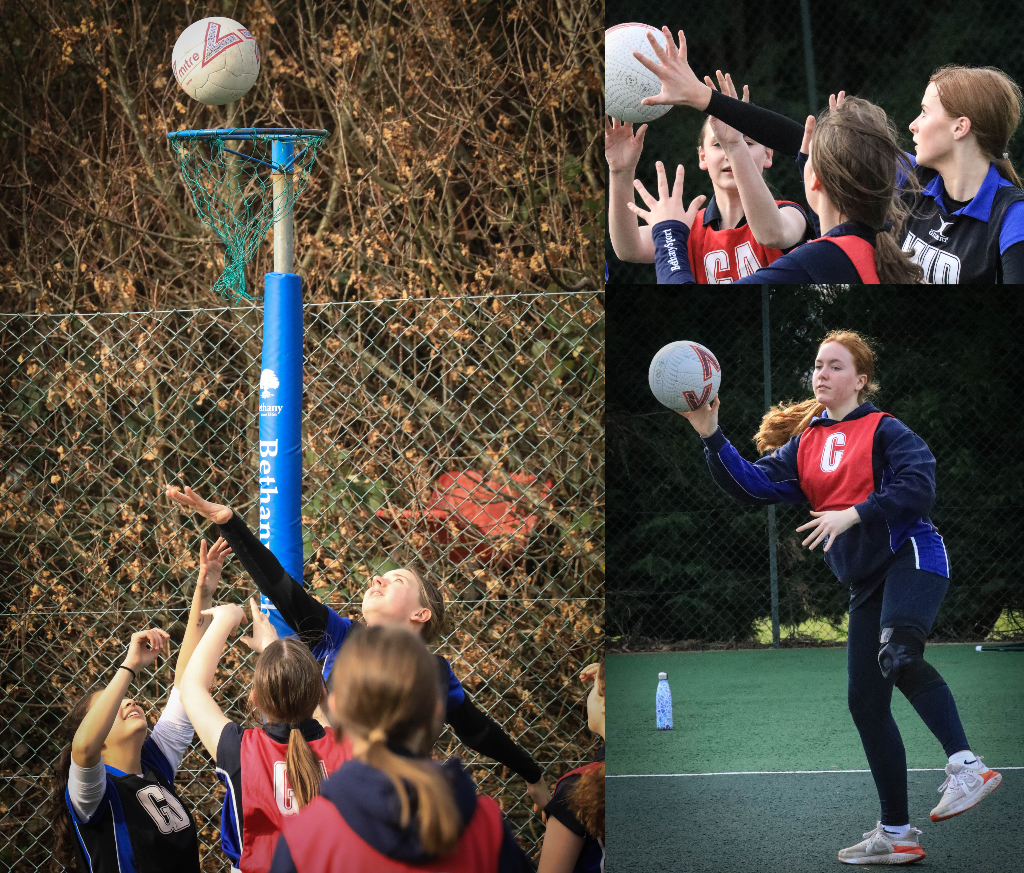 On Wednesday, a mixed under13s squad went up against a mixed Beechwood side. Bethany started strong and dominated the first half with many shots on goal, but the home team couldn't find the net, and even missed an opportunity with a saved penalty.

After few positive and confidence building words at halftime, the home team came out stronger and Ben Krovina scored a wonderful goal from distance. The game just improved from then on with Bethany scoring 4 more goals, courtesy of Ollie Hughes and Leo Lyndon Stanford. 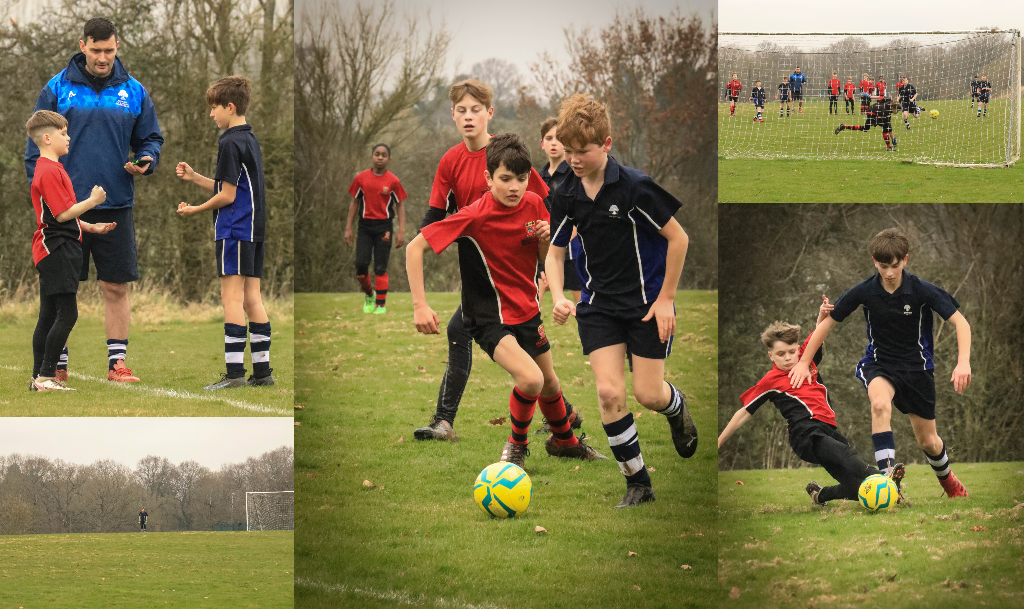 After the disappointment of the previous week’s result, the Bethany 1st XI football team were desperate to put things right this week, and they did so in style!

They began the match in an determined manner, with every player working their socks off to win the ball and to support their teammates at every opportunity; they didn’t let off from start to finish. A tactical reshuffle was designed to give the midfield more opportunities to support the attack without compromising on defence and the players have to take huge credit for adapting so successfully.

Bethany raced into a three-goal lead by half time, courtesy of a magnificent hattrick from Tawana Chikopa. Every goal was stunning, but the pick of the bunch was a 25-yard screamer, hit with the outside of his boot to curl into the far top corner.

It would have been very easy for the players to sit back in the second half but they carried on in the same imperious manner, scoring another two goals in rapid succession thanks to a towering header from Olaoluwa Amusan and a tidy finish from Eddie Fraser.

Having put everything into their performance, it was no disappointment that Farringtons were able to pull a couple of goals back near the end as they capitalised on some very tired Bethany legs, but there was still time for a final flourish and a great move was finished by Femi Folarin to complete the rout.

Final Score: Bethany 6-2 Farringtons
Man of the Match: All 11 players, plus the 4 subs!

This was a very tight match which could have gone either way with Bethany dominating most of the possession in the first half, but with Beechwood looking dangerous each time they broke upfield. However, the Bethany defensive unit covered each other superbly, limiting the Beechwood attack to a handful of scuffed shots, whilst our attacking trio combined effectively to carve out several near misses. The midfield also ran their socks off to support both defence and attack.

Unfortunately, luck was not on our side and the 0-0 half time score very much flattered Beechwood. But, as time went on in the second half, they grew into the game and finally managed to break down the Bethany defensive rear-guard, scoring two late goals. There were still opportunities for Bethany to get a goal or two back, but it wasn’t to be. 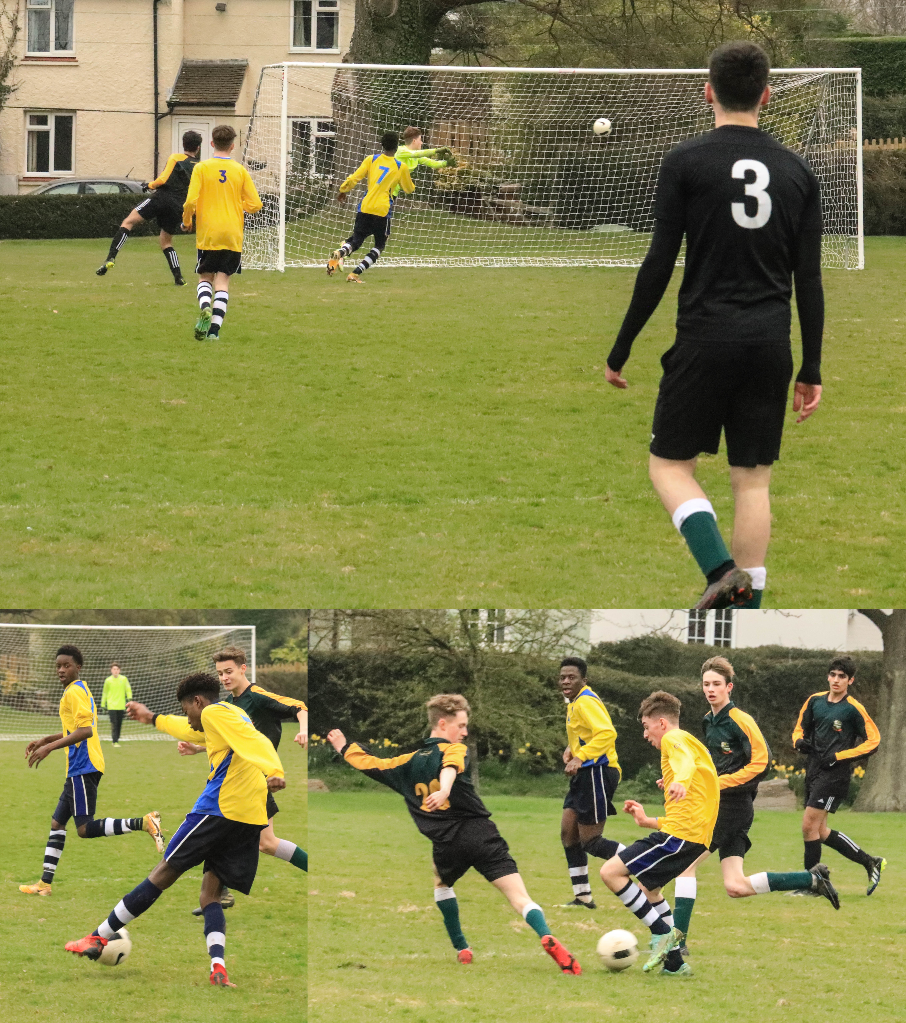 The Junior Swimming Squad returned to the pool this week for their first competitive gala following a long break due to the pandemic. Claremont arrived with an experienced squad of swimmers and took victory in the first couple of races. Bethany also has several talented swimmers and soon bounced back in the overall match standings with some excellent swims and wins of their own. As the programme of races unfolded, both teams recorded wins to keep the scores tied as we moved into the relay events. Special mentions go to Grace Holmes, Hazeley Kalisch, Olivia James and Ellie Turner for excellent race performances. Further notable performances came from Daisy Riddiford, Josh lock and Lewis Agate along with really good efforts in their races from Honor Casselton Elliott and Jago Veale. A narrow overall match win was secured by Claremont when they came home first in the mixed relay event. Well done to all Bethany swimmers who competed at an excellent level and showed tremendous promise for the future. We look forward to more swimming galas and the team building on the success of yesterday.