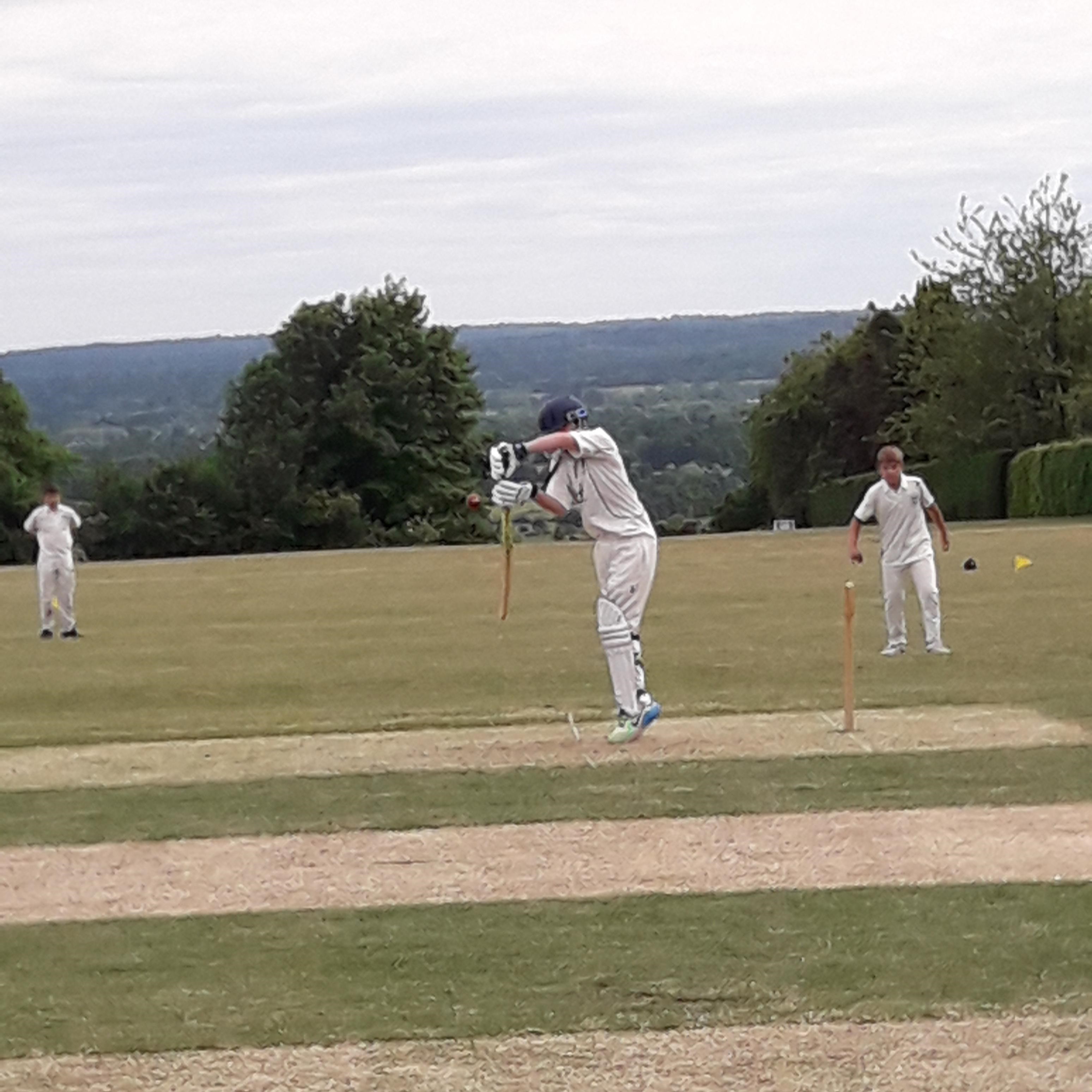 The latest Bethany School sports news as summer term fixtures continued this week, including plenty of cricket matches in perfect weather, and a thrilling tennis encounter as Bethany matched up against Sutton Valance School.

U15 A Boys Cricket

Bethany U15 A’s hosted King's Rochester yesterday afternoon. Bethany won the toss and elected to bowl first. King's got off to a very good start scoring 23 off the first 3 overs without loss. Bethany battled back with some excellent bowling from James Candeloro, who picked up two wickets and Luca Chettiar who was very economical, reducing their run rate and picking up a vital wicket. An excellent effort in the field meant King's Rochester finished on 98 for 6.

A strong King's Rochester bowling attack started their innings well taking a wicket in the first over. However two excellent batting performances from Will Edmeades-Stearns and Josh Hughes took Bethany’s score to 61 for 1. This included a stellar over from Josh Hughes who scored 20 in one over. At 73-3 Bethany looked very much in control of the game until a brilliant over from the King's leg spinner, where he took 4 wickets in 6 balls, left Bethany struggling on 74-7.

A very competitive afternoon of cricket which ebbed and flowed through the whole game finished in the most exciting of ways with Bethany needing 1 run to win, with only 1 wicket left, in the last over.  Attempting one last run, Luca Chettiar ran and dived to make it, only to be run out by a superb piece of fielding from King's Rochester. The game finished in a tie; both teams scored 98 runs each.

The U15B's played their first match of the season in perfect cricketing sunshine at The Paddock Ground at King's Rochester School.

Bethany lost the toss but were keen to take to the field anyway. Despite the first few overs yielding few runs it was the number of extras that allowed the home team to have an opening partnership of 50 before the first wicket fell.

Wickets began to tumble as Bethany's two best bowlers of the day came into the attack, Elias Broesma (2/18 from 4 overs) and Kudzai Thomas (2/26 from 4 overs). They kept a lid on the runs and extras during their spells. Both players took 2 wickets each and at one stage Kudzai was on a Hat-Trick!

King's Rochester ended their innings on a 132/4. The Bethany innings began by losing a wicket to the first ball but then Captain Will Harley, who top scored for Bethany and was ably assisted by all those who batted, steadied the innings to leave Bethany ending the match on 75/4.

Players of the match were Elias Broesma and Kudzai Thomas but special mention to Alfonso Zaragoza and Enrique Pastor who both played in their first cricket match.

Thank you to King's Rochester for their warm welcome and kind hospitality in a game between two well matched teams.

U13 B Boys Cricket

Bethany U13 B team hosted Sutton Valance in their first game of the season. From the outset it was clear Sutton Valance had a very strong team and dominated the game from ball one. While this was the case, and considering it was their first game, Bethany battled very well both with the bat and the ball. It will be exciting to see this group play more and develop over the coming games and years to come.

The U13 A team travelled to Sutton Valence to play a strong and experienced side.

Henry Martin and Jackson Skillicorn took wickets with accurate bowling, but the home team built a couple of strong partnerships and, with skilled and attacking batting, scored a challenging 151 in the innings. Bethany was always up against a strong total but batted with confidence and tried to play attacking shots against some good line and length delivers. Ollie Hughes top scored in the innings with Oscar Scott also building himself into a strong batting rhythm when an unfortunate nick off his glove resulted in him being caught behind. A total of 81 for 7 wickets was a strong reply and attempt at chasing down the score. Well done to all and the team will take valuable experience into next week’s match v Ashford School.

We selected to bat first and therefore needed to build our run count to ensure Skippers Hill had a high target to reach. Niamh Ainsworth and Indi Busk-Cowley kicked Bethany off to a great start scoring 21 runs off 12 balls. Niamh hit 2 fabulous 4’s both from low deliveries. This was followed by 2 brilliant 4’s from Safi Chettiar paired with her batting partner Kieki Chapman. Maisie Frankum and Olivia James were next up to bat, with Maisie hitting 2, 4’s and an enormous 6 into the Headmaster's garden! Finally up to bat were Rose Pettit and Ellie Turner who both kept consistent batting and the runs safe. Leaving Bethany on 259 for 3. Moving to the field we played superbly well with better length and accuracy. Maisie, Rose and Niamh all took wickets, with Ellie and Maisie taking catches in the field.

A very impressive and enjoyable game with lovely opposition.

On a warm and sunny afternoon on The Firs pitch, the U12’s Girls cricket team took on Skippers Hill. Skippers Hill won the toss and decided to bat first and got off to a good start. The U12’s then came back into the match with two wickets in the next two overs, one each for Ruby and Mia. The U12’s kept the runs down for the next few overs with some good bowling and excellent fielding, the latter particularly from Cecily and Mia.  A strong last two overs of batting from Skippers Hill took them up to a competitive total.

The U12’s batting got off to fantastic start with a ‘six’ of the first ball hit by Juilette. Despite some excellent running between the wickets, sadly the U12’s lost too many wickets on a regular basis which meant that Skippers Hill came away with a victory.

Final score: Bethany U12 (23) lost to Skippers Hill (63) by 40 runs
Player of the match: Cecily
Coaches player: Honor (for hitting the only shot of the game on the Off-Side)

The U15 Boys tennis team played in a thrilling match versus Sutton Valence School on Thursday afternoon in glorious spring sunshine and produced their best performance of the season to date. James Candeloro continued his excellent form, winning his singles match in a superbly competitive 6-5 battle, while Luca Chettiar also prevailed in his singles set with a 6-4 win, and Will Harley fought back from 2-4 down to win his set 6-5. Rohan Paintal-Maycock also pushed his opponent to a deciding game and was excellent as number one seed, narrowly losing 5-6. Sutton Valence bounced back to win both doubles matches with Bethany taking many games to deciding points. The overall match was then taken to a tie-break doubles shoot out. James Candeloro and Luca Chettiar stepped up to the court and in another battling encounter, with both pairs winning points after energy sapping rallies, Bethany eventually got the break and won the tie break 11-9.

An excellent performance from the team and they look forward to their next match v Skinners' School.

Player of the match – James Candeloro 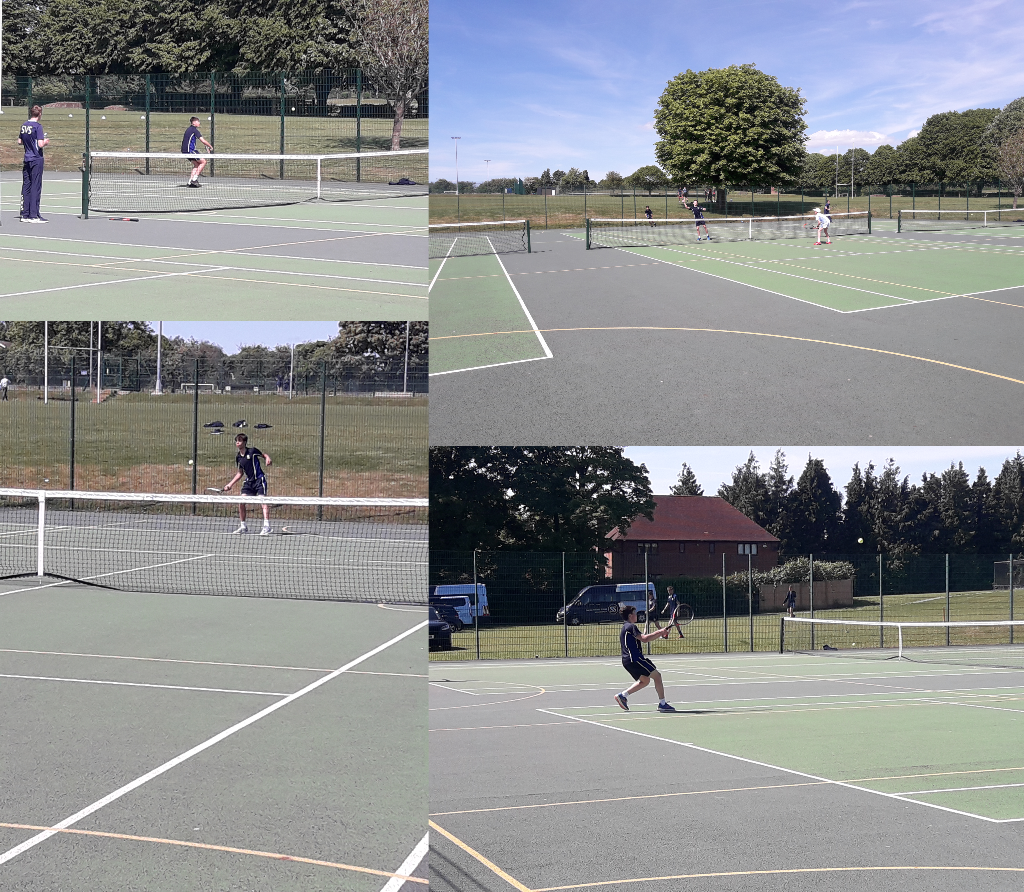 U12 and 13 Cricket v Skippers Hill

On a glorious sunny afternoon at the Three Ponds Pitch, the under 12 and 13 girls’ cricket team took on the might of Skippers Hill. Our Bethany team comprised of: Summer Stewart-Welch, Daisy Ridderford, Sophie Finnamore, Evie Pope, Tilly Hirsh, Lily Williams, AJ Davis and was captained very effectively by Layla Kemp. Bethany won the toss and opted to bat first. There was some excellent batting shown, including some fours smashed into the undergrowth by AJ, Sophie, Daisy and Lily. When it was our turn to bowl and field, the wonderful team work by the girls kept the Skippers Hill batting score to a minimum and the only wicket of the game was taken off a bowl by Tilly, competently caught by Summer. Bethany won by 69 runs to 37, a justified result for super play and great sporting attitudes shown by both sides.

Player of the match - Sophie Finnamore