The latest Bethany School sports news as summer term fixtures continued this week, including cricket matches in rather windy cool weather, and a final tennis match of the season against Skinners School...

On a rainy, cold and windy afternoon, the U12A Girls cricket team took on Marlborough in a two innings match on ‘The Firs’ artificial pitch. The U12A’s won the toss and decided to bat first and began the innings with a boundary ‘4’. The U12A’s made steady progress and didn’t lose any wickets in their first innings against good bowling and fielding from Marlborough (throughout the match).

The U12A’s bowled well at the start of Marlborough’s first innings, including an excellent catch by Juliette Tapner, but an overthrow or two allowed Marlborough to stay in touch with the U12A’s.

The U12A’s scored slowly in their second innings and lost a couple of wickets which meant their final total was in reach of their opposition. The U12A’s took a wicket with the first ball of Marlborough’s 2nd innings and looked on course for a win with some good bowling from Cecily Chettiar and Grace Holmes. However, some fine hitting and sensible running between the wickets meant that Marlborough ended the game as winners.

Well done to both teams though for their perseverance in playing a great match in what was certainly not cricketing weather!

Coaches Player: Grace Holmes – For good all round performance in the match

It was a cold, drizzly afternoon on the Firs when the Bethany Year 7 girls B team faced the B team of Marlborough House.  A total of 7 Bethany girls; Amelia (captain),Daisy,  Evie, Tilly, Megan AJ and Lily, won the toss and opted to bowl and field first. There was some very good bowling, including two excellent wickets taken by Evie and Amelia which kept the Marlborough House score to 37. Our batting was superb and only one wicket was lost which enabled Bethany to win the first game by 1 run! 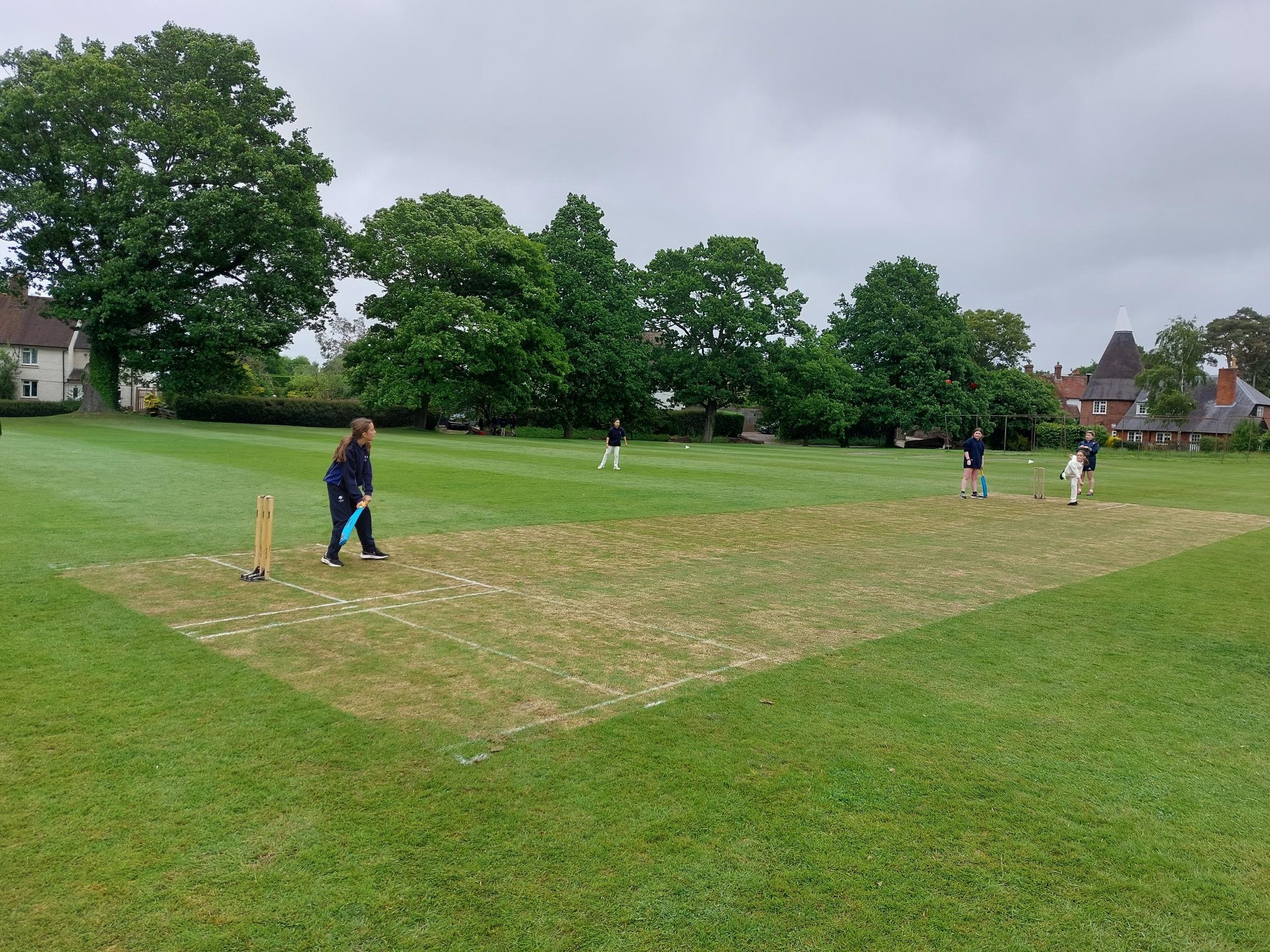 In the second game our bowling became rather erratic and many wides were given, costing Bethany dearly and gifting Marlborough House many runs. However, some excellent bowling by AJ and Amelia kept the run rate to a minimum during their overs. When in bat, the girls fought bravely but a couple of wickets taken by the opposition meant that Bethany lost the second game by 18 runs.

So an afternoon of fabulous cricket with a win and a loss to Bethany.

Marlborough House girls chose the Bethany players of the match:

Amelia for bowling and AJ for batting.
Coach’s player of the match: Evie for a super all round performance.

The U15 boys’ tennis team travelled to Skinners School for their final match of the season on Thursday afternoon.

After a tie-break winning performance against Sutton Valence School last week, confidence was strong, and the team certainly picked up where they left off.

James Candeloro completed a grand slam of singles wins against the opposition school, cruising to a 6-1 win with some excellent winning shots. Luca Chettiar and Will Harley also secured good wins in their sets, 6-3 and 6-2 respectively, to put Bethany in a strong overall match position. Rohan Paintal Maycock also had a strong singles match with several points going into long rallies. The Skinners number one seed eventually came out on top, 6-5, but well done to Rohan taking it all the way.

With a 3-1 games advantage going into the doubles sets, the Bethany seed one pair of Rohan and James made short work of the Skinners doubles team, taking the set 6-1 and the overall match result. Luca and Will were involved in another tight set and pushed Skinners all the way in a 5-6 thriller that Skinners eventually won.

A superb overall result of 4-2 was an excellent match result for the Bethany team and it was pleasing to see how the all the players have developed their tennis skills and match play tactics over the weeks.

Player of the match – James Candeloro